I’ve been wanting to dabble in astrophotography for awhile, but all attempts have been in vain. Still, with a lunar eclipse imminent, I was determined to give it another try. So I did a little research on it, and felt confident that I could get something good out of it.

It took a couple of attempts, but part way into the eclipse, I started to get the hang of it. 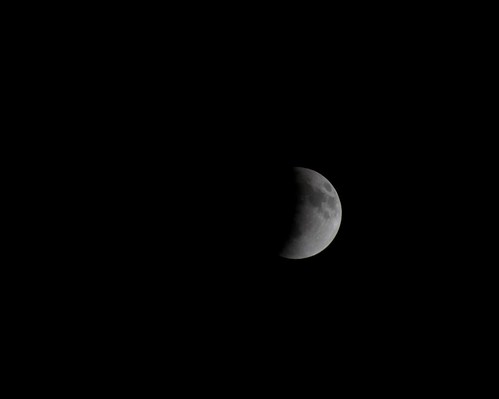 My biggest problem was focusing. My telephoto lens doesn’t have a mark for infinity, so I was trying to manually focus on a rather small object in the viewfinder. I lost a number of good shots because of focus or the smallest shake, so small I didn’t notice it. Yes, I used a remote to snap the shutter. But the wind or something must have nudged it ever so slightly.

Still, I got a number of shots that I am happy with.

The moon was almost in full eclipse at this point. 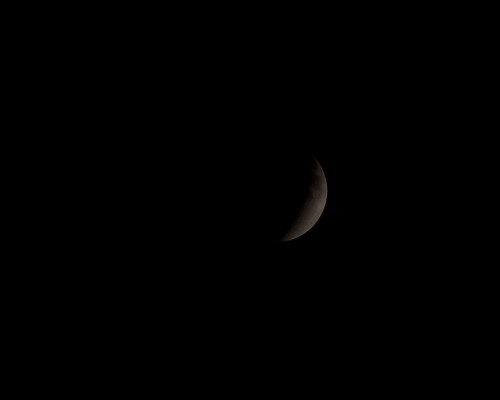 At this point, I began to realize that the faster shutter speed I was using was too fast to capture the now very dim moon. So I started to slow it down. 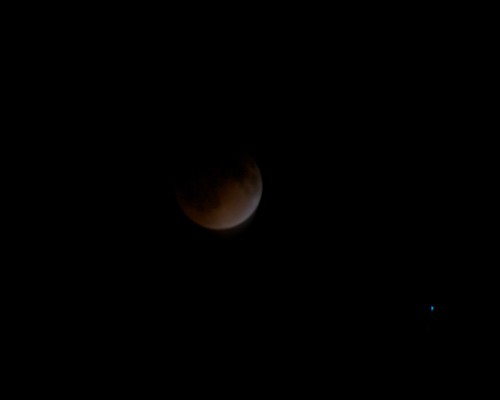 And finally, the closest I came to a decent shot of the full eclipse. 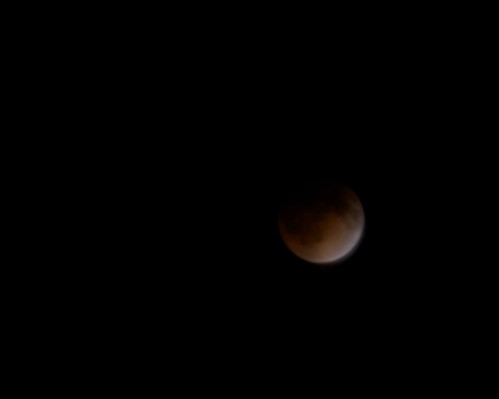 All of this was good practice for the eclipse in October. And the two next year. I hope the night sky is as clear during those events.

I have set up a Ko-Fi page if you want to support my writing. There is no obligation to do so. Thanks!